Troubleshooting:
I checked Cisco Communications Manager and confirmed the main line wasn't forwarded to another number.  Then I began to call the mainline from a land line & a cell phone but could not to reproduce the reported problem.  During the tests when an operator wasn't available after 90 seconds my call was routed to the auto attendant as designed.  I checked the logs for the reported problem call and found a normal call clearing from the PSTN.  Sadly, I wasn't any closer to finding where the end user's disconnect was.

Luckily, one of the reporting persons then sent me a video of an example problem call to the main line on her mobile phone.  Her  mobile phone rang for right around 60 seconds and then played the following message.

This helped explain the confusion around why users were reporting the main line was being forwarded to a cell phone.  The Verizon error states that the "wireless customer" is not available.

Issue:
Verizon Wireless pulled back the call at 60 seconds and played the following error message:

Work Around:
Modified the timers on the Cisco Communications Manager.  Previously the system was configured to route calls to the auto attendant after 90 seconds.  I discussed the issue with the customer and we decided to change the value to 30 seconds.  Now, when an operator doesn't pick up the call within 30 seconds, the call is routed to the auto-attendant instead of being disconnected by our friends at Verizon.

This is the second post in the two post series. It will go into more detail on the configuration of the solutions and workarounds put in pla... 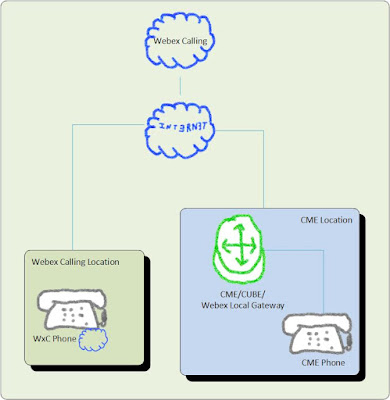